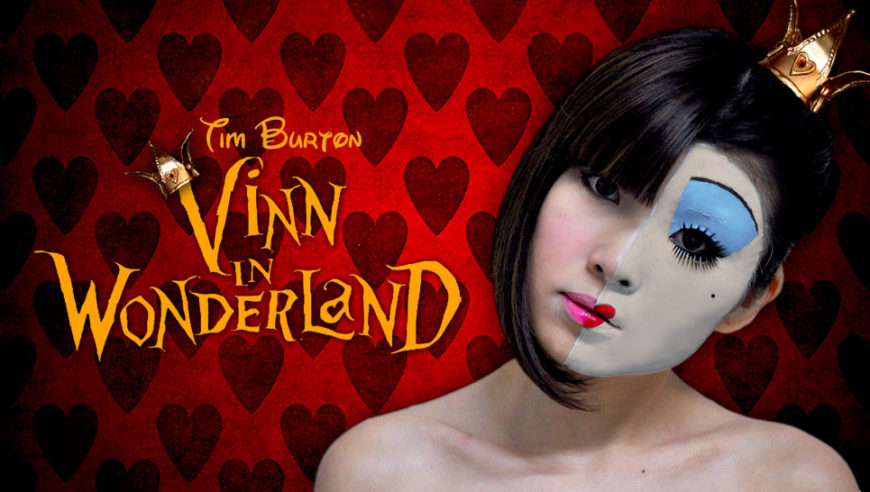 When we watch movies, we bring with us the popcorns and our cokes. However, we also bring our life experiences with us and particularly, what happened in the day before we stepped into the cinema hall. We watch the movie and we relate the story to our life and our day.

I stepped into the cinema with Vinn and Kevin (the most annoyingly loving couple that display PDA all the effing time), 3 pairs of 3D glasses and a bottle of water. 2 hours before the show, I finally ended a 4 year relationship after half a year of breaking up+patching up bouts. The ‘single’ status in our facebooks were there since half a year ago but we were still trying to solve the equation of relationship>freedom, happiness>pain.

So there I was with a pair of lovers to my left in the hall. The distance between me and breathing people in the hall were feets apart, but I felt like they were magnified to kilometers and there was this choking emptiness inside me that made me feel so lost at what to do. Anyway, Vinn did the Red Queen look last weekend. I was supposed to put it up but she told me there was no progress photos cuz she used face paint and it will crack if she moved too much. wth. As for her eyes, she used watercolour. I heard this weekend, she is gonna paint Mad Hatter’s makeup on Kevin….. haha!

Then the trailer of How to Train Your Dragon came on. It was this scene of the boy on the dragon soaring thru endless clouds in the sky that reminded me that the world is still out there with a beautiful invitation card handed to me. Of course, without the trailer soundtrack this would not have affected me.

Alice in Wonderland started with a steady andante pace that defines Alice as someone who likes to dream and escape from making decisions. Mia Wasikowska was slightly stiff in the role of Alice but apart from that, I feel that she will be quite good in the future once she improves.

For those of you who expect Alice in Wonderland’s plot to be a remake of Disney’s AIW, you are going to be sorely mistaken. This is a sequel to it. There are times in the movie where I wrecked my brain trying to remember what happened in the original AIW. 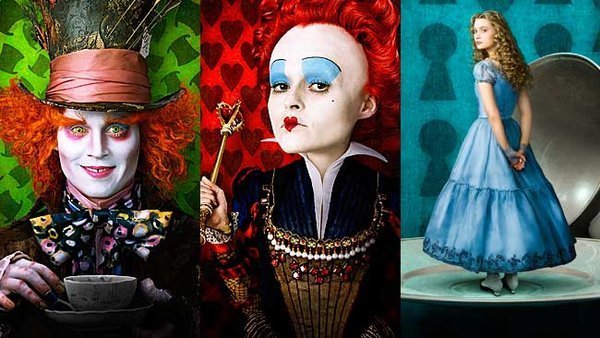 In a nutshell AIW has good visuals, an average script that is nicely balanced (luckily!) with the exceptional acting skills of Johnny Depp, Helena Bonham Carter and Anne Hathaway. They crafted colourful characters and brought them to life which gave me great pleasure to watch.

My favourite was Carter’s performance as the Red Queen. It’s difficult to hate her character eventhough she was the antagonist in the plot. She gave such depth to her character that you end up sympathizing with her fragility despite her cruelty.

I also especially adore Anne’s creation of the White Queen’s character, though it seems very, very similar to Amy Adam‘s Cinderella in Enchanted.

As for the visual effects, the rendering was exceptional with some flaws here and there with the matte of the actors against the 3D background. It was more pronounced and noticeable when the actors were being picked up or interacting with a 3D character. An example of this would be the scene of King Kong by Peter Jackson, something like when King Kong picked up Ann Darrow.

All in all, it was a great movie. By the end of it, I was reminded of the times my dad dragged me to study maths, origami or learn about new things. He would say that ‘it is to prepare me so I can have any dream I want’.

I am feeling better 🙂
Thanks Alice. :D:D:D

This movie sure is breathtaking! And am glad you’re feeling better. 🙂

I wonder will I able to catch it in the cinema. 🙁

wow it’s good to be back here.. I miss everybody 😀