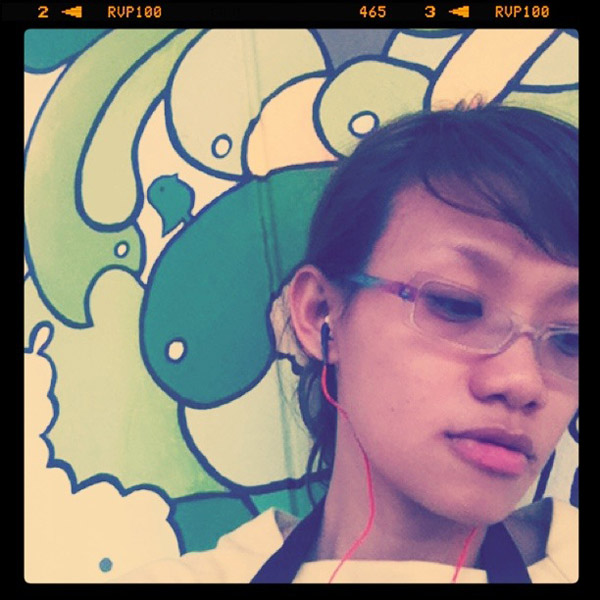 Cleaning up the graffiti

Ok, it’s easy. The staffs painted the base for us. The colours were one layered, there were hordes of paint left. Fine. we’ll clean up all the graffiti. Give it a nice gradient. Reline them.

And they do look great. Awesome. We look at our graffiti, feeling pleased with ourselves.

The completed graffiti and Vinn did the scroll as well.

Put on some earphones, drown ourselves in music and work. Vinn was in her Disneyland singing along to Bippity Boppitiy Boo and I was rocking to Alternative Rock. At the end of the job I memorized Dave Matthews Bands’ concert album. Fucking hell, I could give all his speeches. “Ahhh I hope it don’t come, I hope it don’t come but if the world ends, I hope you all are with me!”

But when we want to start the real deal, we started painting and fucked ourselves in the ass. Looks damn bad. and both of us bickered, squat near the drain. bickered some more and debated about how to paint the whole thing. Until it was decided that I would do the building and Vinn would do the stones, pillars and greys.

Super Phail building attempt. Starting something which we do not know how to complete, do or start.

And so the experiment starts. Without knowing if our attempt would succeed or not, we embarked on our journey with stress.

When in doubt, do the easiest shit first. *Head hits stone.

Vinn had a nice result with the stone pillars. This was 3 days effort. We expected this to be completed in half a day but we were obviously miseducated and misaligned. oh well.

Laid some bricks, painted some red & yellow. Called it a day.

I painted the portraits on the building and it looks ok. That was 3 days effort as well. Small area, alot of details. Taking too long to complete.

Never walk without looking on the ground again. Ever!

And finally, I laid the tiles on the floor with the shadows and highlights.

next up – satria & aprilia? lol