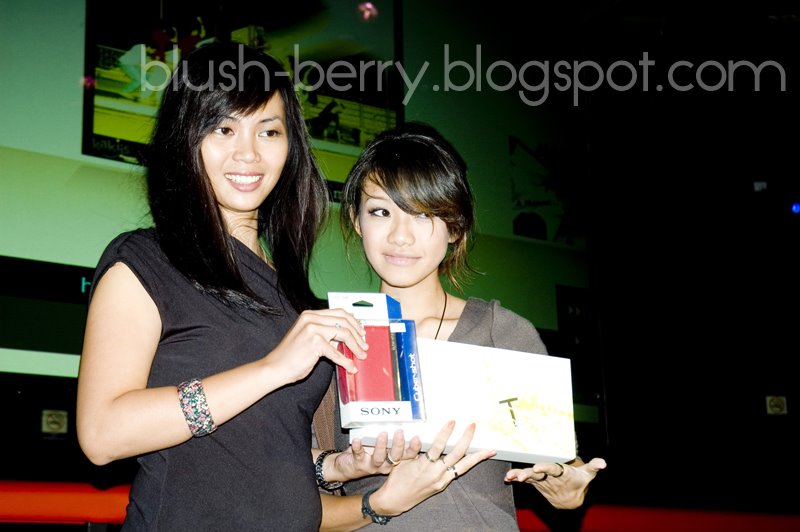 Kakiis Night Out! (i freaking won a Sony Skinny-T Camera!!!!) 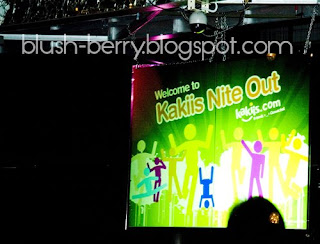 Last week, I submitted a photo for the ‘A Moment with my Kakiis’ photography contest. I was too late for the video contest so scrap that. I used my personal blog for the entry though.. hehe..
This is the photo I submitted : 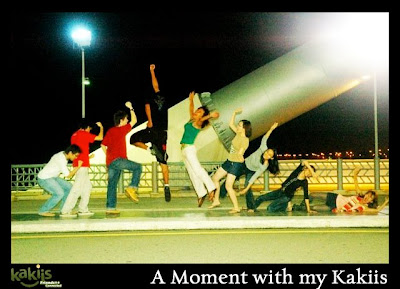 I am the last one on the right.. taken with my Nikon SLR at Putrajaya brigde with a timer.
We did like more than 20 tries just to get the timing correct. Especially the 2 of them who is jumping. I love this photo so much!!! 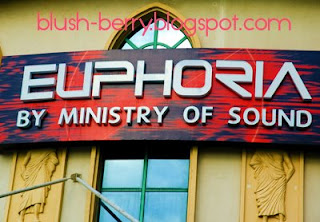 The Kakiis event was held at Ministry of Sound : Euphoria. I arrived late with 1 of my kakiis… another one was even later. Not even a celebrity, but acting like a diva already. *roll eyes* 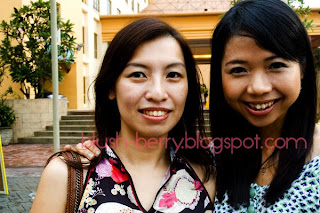 I met Dorothy from Doroshi Online Closet there with her kakii and I used the opportunity to jump the queue as she was lining up already. BEH hehehe.
The queue wasn’t that long ok. Don’t hate me. 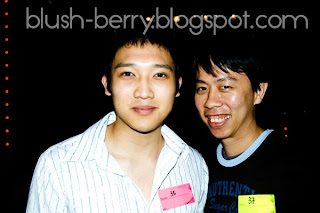 Once inside, my photographer went, “EH??? KY!!”
And hence I became the photographer and took a photo of him and KY.
After KY left, I found out that they played futsal together.
f.t.w 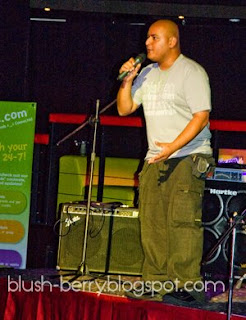 Steve from Fly FM was our dj for the night. I cannot get used to seeing his face or his body for that matter. His oily, sexy and suave voice in Fly FM gave me a strong vision of a TOTAL hot hunk in my head. I was thinking he will look like Shia Lebouf at least.. sob.
Reality is harsh. 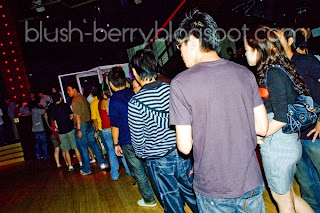 There were tons of prizes to be won.
Mac Book Air. Sony Skinny-T Camera. PSP. Nintendo Wiis. Nokia handphones. Thumbdrives.
Sexy babes as well.
And we have to play games to win them!
There are like 10 games where you have to play and accumulate points. People were like queuing up to play some of the funnest game on earth! 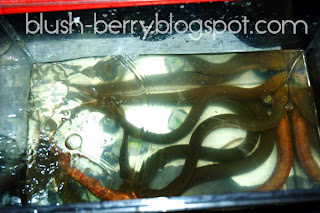 My team is CRAZY. We picked the KAKIIS EXTREME first. There are like 4 boxes covered in black cloth and we have to put our hands in and find coins.
My photographer went first, when his hand is inside he started shouting and cursing.
The girl from the other team started screaming.

Then I went. I was like.. ‘look left right up down – gulp’ then i stuck my hand in. I felt something slimy and oozy.. I freaked out.
big time.
After the game was over, they opened the clothes and reveal the glory that is inside.
EELS.

BIG FREAKING EELS.
What is worse is that the other 2 boxes have WORMS in them. 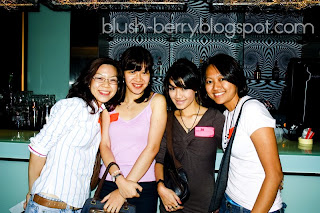 The happy victims of Kakiis Extreme with me!
There are all sorts of crazy games, we get to play pc games.. Nintendo Wii Tennis, Counter Strike in real life. We hold a gun and shoot others.
My photographer nabbed all the victims, I din even get to kill anyone.
Oh, and there is a game where you can get electrocuted and one where you literally freeze your feet. 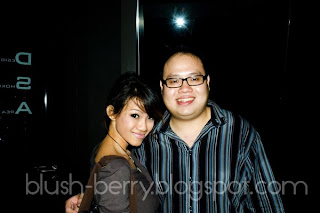 Me and Vincent, the Community Engineer of Kakiis webportal.
We were at a secret room : The Stoner’s Club. Muahahaha 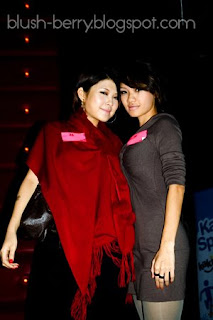 Vinn and me. She is one of our models, if you remember. She is currently so busy she forgotten all about me and BlushBerry cuz she plans to damn us to hell. She damned me by being late to the event too. So I will re-damn her by spreading out her secret. One of her TV series is airing on 29th January in 8tv.. Check it out ok! Together-gether we will all damn her. LOL 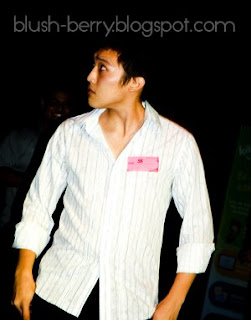 One of the many games that night. Our photographer was damned by me to go to the floor to strut his ass by doing a catwalk. I literally promise to do it together with him and when we reach the DJ, I ran back to Vinn. 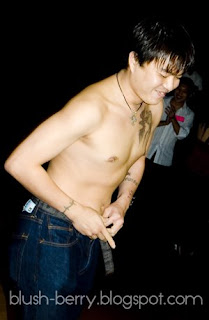 Huai Bin even took off his shirt and pants during the catwalk.
Sigh. This should be censored. 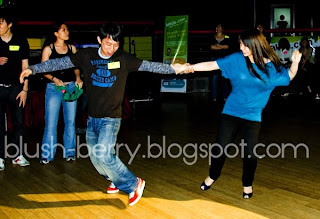 KY dancing on the floor with his girl.

And then came the announcement for winners.. I was hiding out in the Secret Room again when I saw my photo on the big screen.
I was so happy!!!!
I WON a Sony Skinny-T!!!! 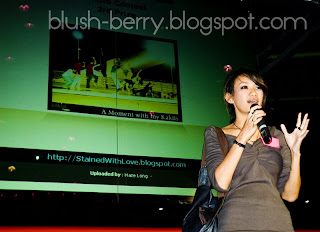 That’s me up on stage talking about my photo.
Wee~~~!! 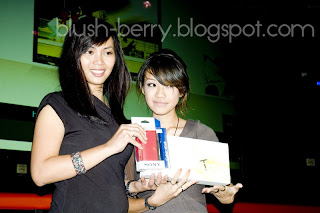 One of the best thing is we get to take our prizes immediately.
I remember all the previous contests I have won and I have to chase the prizes for months before I can get them.
My camera comes with a bag and a 2gb SD card!!!

So happy.. until I reached home and my dad asked,”So is that camera for me?”
I went,”Take it if you want.” (He never accepted anything from me before in my WHOLE LIFE)
“Ok.” He took the camera and played with it the whole night.

I never saw it again.
I didn’t even have the chance to model myself with it.