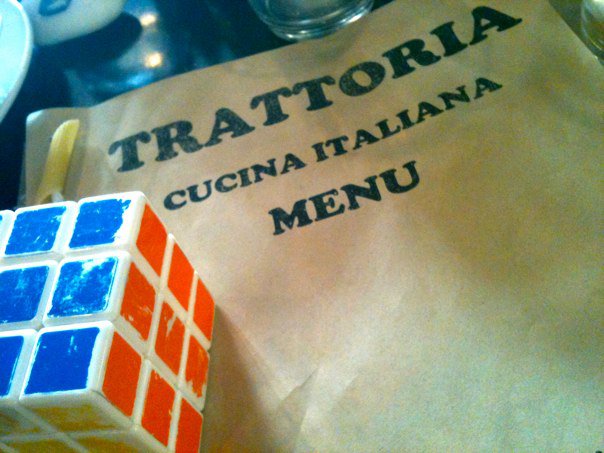 Last week I went to the biggest buffet style food review ever. I have never seen so much food in my life. Good food too. Everyone was pacing their stomach but we did not know the amount of food will be so much til to the point where some of us have to deny juicy steaks.

It was all unsuspectingly normal when the bread came. There were 9 of us and 2 plates of bread came. It’s normal. But who could ever foresee this :

That’s our appetizers.. Ceasar Salad, a platter of cheese.. more salad and the ice-cream thingie is something made with buffalo’s milk. The top right photo is of a plate of eggplant drenched in red sauce. I love love love the cheese platter and the buffalo ball. It’s the first time I have ever tasted blue cheese, it’s so strong tasting.

And that’s the pastas, from seafood to italian style pan-mee, italian style wantan and rissoto.. the food came in quantity and quality. At this point, I was wondering how many more food is gonna come the next round. Then I remembered that the logo of the restaurant is horrible. The place is right opposite Modestos near KLCC, I been there tons of times and I have never look this way. It’s like a secret hideout for affordable and great food. This is what happens when you don’t hire me as the designer. :p

It’s all piled up nicely on my plate.. and then I am told there is going to be meat next, no delete that. to be precise, a plate of 1kg beef. OMG, I thought that it was gonna be dessert next.

I feel so pampered T_T Look at that. Beef, lamb, calamari rings, prawns. Life is complete but I am full with food. I don’t think I even touched the lamb and I have always loved lamb. T_T Oh and there is cod fish hidden under the prawns.

There was even a rounded rectangular pizza, pardon my shape analysis of the food. It looks good, probably tastes good too but I will never know. At this point I made a resolution to stop eating until the dessert comes and at the same time, I switched cameras from iPhone to Skinny-T. This place deserves better photography. Damn it.

Host of the night, Evelyn. I met her during the 1 Malaysia launch last year I think. The night’s food review was organized by Evie thru twitter. That’s the power of technology.

I have no idea what they are trying to do but they do look alike in this photo despite the gender difference. 😀

I have realized that it is impossible to cam whore that night without a caucasian’s head looming in the background.

Look at all the leftovers, I have never felt such pain for leftovers. I did my best exercising my current nutrients to its digestion in speed by taking photos of people.

KY hogging and being defensive of the prawn plate.

5 desserts. It came! The one with the spoon is amazing. I think it’s some mud cake of some form. It was heavenly. So is the other one with the chocolate dribble. The creme brulee and tiramisu was ok. The lower right photo is a badly taken photograph of a coffee ice cream thingie.

And I thought that was all but no!

We had a special blend of what the italians drink for morning breakfast : chocolate liquor. This is the best liquor I ever had, ever. Yum max!

Night wasn’t over yet. We were served with yet another dessert. Ice shavings galore.. strawberry… lemon.. gah… When food is good and there is beer, plus great company and also other things in the air. Life is damn good.

Try this place out, don’t look at the logo. Just walk in and you’ll have an amazing time.
http://www.trattoriaasia.com/
Trattoria Kuala Lumpur
Rohas Perkasa 8,
Jalan Perak
03-21632368

ANOTHER TRATTORIA? wow, i’m beginning to feel quite roman. desserts looked splendid… however do you tuck in all that stuff and remain so slim, from HEAD TO TOE! mebbe it all goes to the brains la hor.

BURPPPP too much awesome food

it was so sinful kim actually shat out previous food to accommodate more italian goodness that night.

How much did all that food cost? 😮

The chocolate cake really too good lor. I just put down my camera, whole thing left 1 morsel, and KY spilled some warm gooey stuff on me. /salahmode

KY you didn’t receive the menu images from Evelyn?

yummy italian foods served here … must give a try at this outlet since i love italian food a lot.