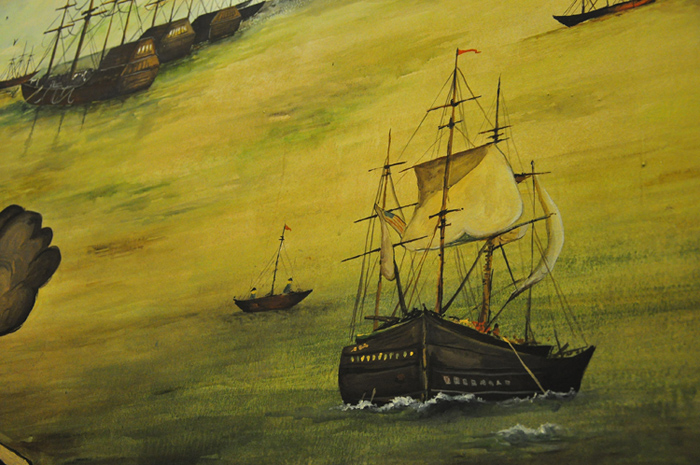 Alyson called Paintlust up and asked for a wall mural for her mom’s new and upcoming restaurant, Simply Mel’s. I didn’t partake on this project because I couldn’t climb up on the ladder or walk for that matter. I actually tried to paint but gave up after my leg swelled up.

Vinn had to take care of the whole project by herself while I work from home during this period.

This is how she worked, high up on the scaffold. According to her, it shakes and doesn’t feel secure. Since this is her first time using it perhaps its just a matter of time.

Base color all up!

That is all I painted for this project, the walls and floor for Portugal(the left side)

Ming Hao at the Portugal painting

We had Ming Hao come in to finish my parts.

After he was done, Vinn had to do some retouching..

There I was.. sitting and doing nothing like a boss. :p

The finished result from left —

It’s a great picture ! I always visit the restaurant just to see it.